Home City Leipzig Things to do in Leipzig 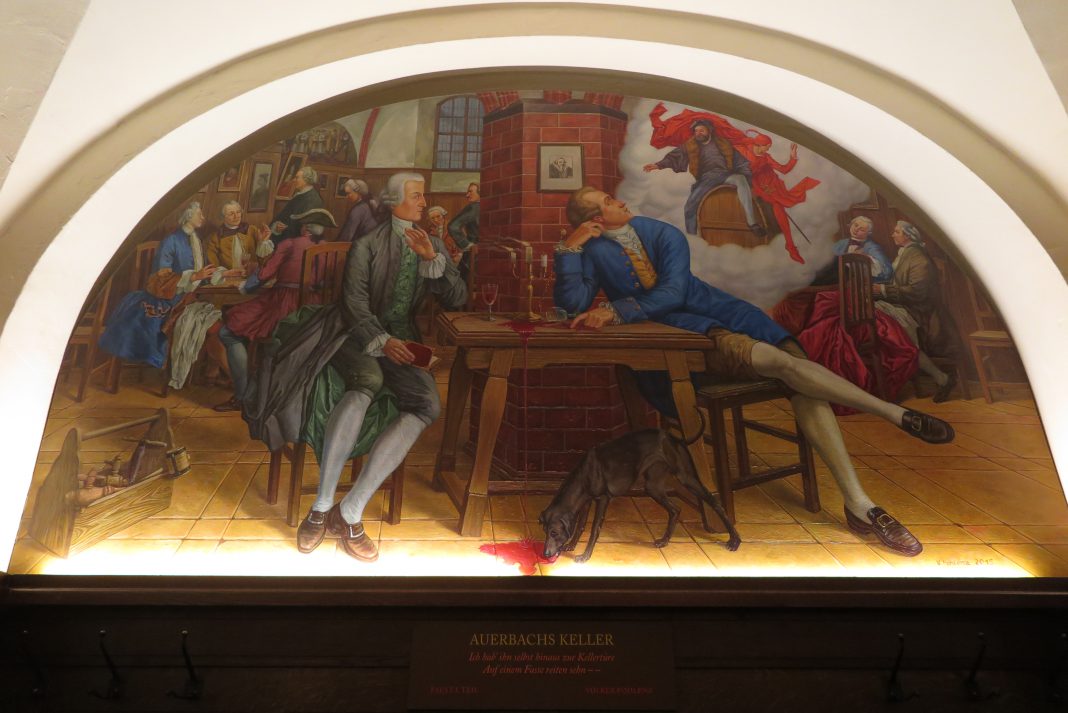 It was back in 2014, when I worked out of Houston and went for a weekend trip to San Francisco. There I was on one of these sightseeing busses. At one bus stop I bumped into a couple and was asked to take a photo of them. What has this to do with Leipzig, you might wonder… Well this couple was from Germany, in fact from Leipzig and we ended up spending the whole weekend together. Of course we had to exchange phone numbers to keep in touch and have meet a couple of times in Leipzig since then. As they are from Leipzig and living in Leipzig they are my source for insider tips as well as the “must see” attractions, here is my and their weekend recommendation for you.

If you got to Leipzig by train, have a look around the main station. In 1915, when it was built, it was Europe’s biggest stub end terminal, with around 80,000 m2. This status only changed in 2013, where some tracks were altered.

Visit the Monument to the Battle of the Nations

Leipzig is famous for the battle of the Nations in October 1813. 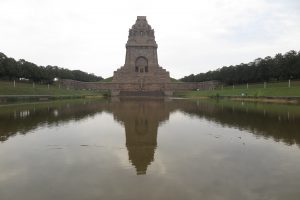 The coalition army of Russia, Prussia, Austria and Sweden fought against the French troops and their allies of Napoleon I. On October 18th 1813, the most important day, Napoleon was defeated. With about half a million soldiers and more than 110,000 deaths, this battle became the biggest battle in the 19th century. Hundred years later, in 1913 the so called “Völkerschlachtdenkmal” was opened in remembrance of the soldiers fallen in action. At first it was a monument for the Nation, to represent the importance of the Nation and not the individual. On the first floor there are 49m high statues, each weighing 400tonnes, representing the four characteristics a German should have had at that time. The Monument is, by the way, a characteristic building of the Wilhelmina era.

The “Völki” or Völkerschlachtdenkmal is best explored with an audio guide, as there are close to no explanations given inside. If you like, climb the 150 stairs from the crypt to the Singer’s gallery, again 42 stairs to the first outside viewing platform, then another 121 stairs the central viewing platform. Beware that at the very end close to the top the stairs get quite narrow. If you’re claustrophobic, this might not be the best way to reach the top, so better use the elevator. You’ll end up on the roof of the 91 m high monument, enjoying an amazing view over Leipzig. 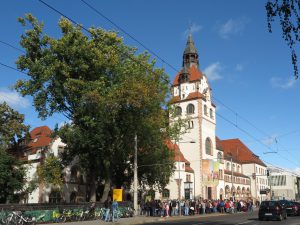 Under the top things to do in Leipzig should be a day in the zoo. The zoo of Leipzig is not only one of the oldest, it is also one of the species-richest in Germany. In the zoo Rosental, founded in 1878, there are 9100 animals from 850 species living on about 26 hectars. If you are scared by all the crowds queuing up to get inside, don’t worry. We didn’t have tickets reserved and only had to wait maybe 10 minutes. There are more cash registers inside, so take any queue, also the one in the middle, and you’re inside.

The zoo has fantastic facilities: There is camel riding, goat brushing and a playground for kids, nearly all cages have been replaced by those that resemble a natural habitat, paths are not only gravel paths, but also hanging bridges 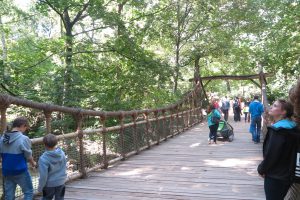 , above a little creek where you can get on a boat and have a short tour though the hall. There are food trucks and restaurants everywhere and the best for English visitors like you are, all info is given in German as well as in English. Also you can watch animals being fed. I liked the “Did you know” section best, where species specialties are mentioned. For example: Did you know that otters scream with about 100 decibels? Find out more about animals in their differently themed sections and have a great day outside at Leipzig zoo. 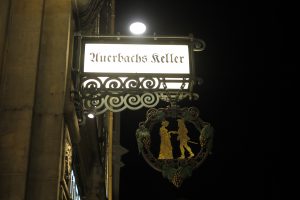 Where to have dinner after such an exhausting day?? I can highly recommend Auerbachs Keller. I’d say it is one of the top things to do in Leipzig.

This is the famous cellar that you might know from Goethe’s Faust. Johann Wolfgang von Goethe lived in Leipzig from 1765 to 1767 to study law in “Little Paris” as Leipzig was called at that time. (source)
Also Martin Luther visited Auerbachs Keller on December 3rd 1521. Richard Wagner, composer, born in Leipzig and student of music in Leipzig has most likely been to Auerbachs Keller, as his uncle Adolf lived right next doors, and Wagner wrote seven compositions with regard to “Faust” in 1832. Not only can you have lunch or dinner there, but also there are guided tours including coffee & cake or lunch. If you like to go on a guided tour, please register first with: info@auerbachs-keller-leipzig.de

You see this is not only a nice restaurant with

specialties of Saxony, it is also historically
important. Check out the website of Auerbachs Keller. There you’ll get a more detailed impression. I must say I was deeply impressed by the decent prices, the quick and friendly staff and last but not least by the fantastic meal!!!

The Christmas market in Leipzig is a very nice one, as it is spread more or less throughout the whole city. Every year there is a competition of which city builds the highest free standing Christmas calendar. And year after year Leipzig manages to win this competition. While other cities re-decorate their townhalls, since 1997 the street “Böttchergasse” gets its very own construction. Leipzig’s Christmas calendar measures 875 square meters, where each door is 2×3 meters. Since the inventors filed a patent on the construction at the German Patent Office, this construction is even save from copies.

In summer you could also go swimming in one of the lakes around Leipzig, the so called “Neuseenlandschaft”. These areas are former bases for open-cast mining and have been flooded for renaturation. Some lakes were created for the application for the Olympic Games in 2012. Today the Kulkwitzer See, Lake Kulkwitz, is the 3rd cleanest lake in Germany. So go on and have a swim, I’ll try next summer, maybe in combination with a boattrip through the connecting canals and locks. I might even go and count the 457 bridges that Leipzig can show off with; more bridges than Venice has to offer (only 400). The reason are the three rivers, Weiße Elster (white Elster) Pleiße and Parthe that meet and branch in Leipzig. We’ll see…

Visit Leipzig tourist info to find more things to do in Leipzig.