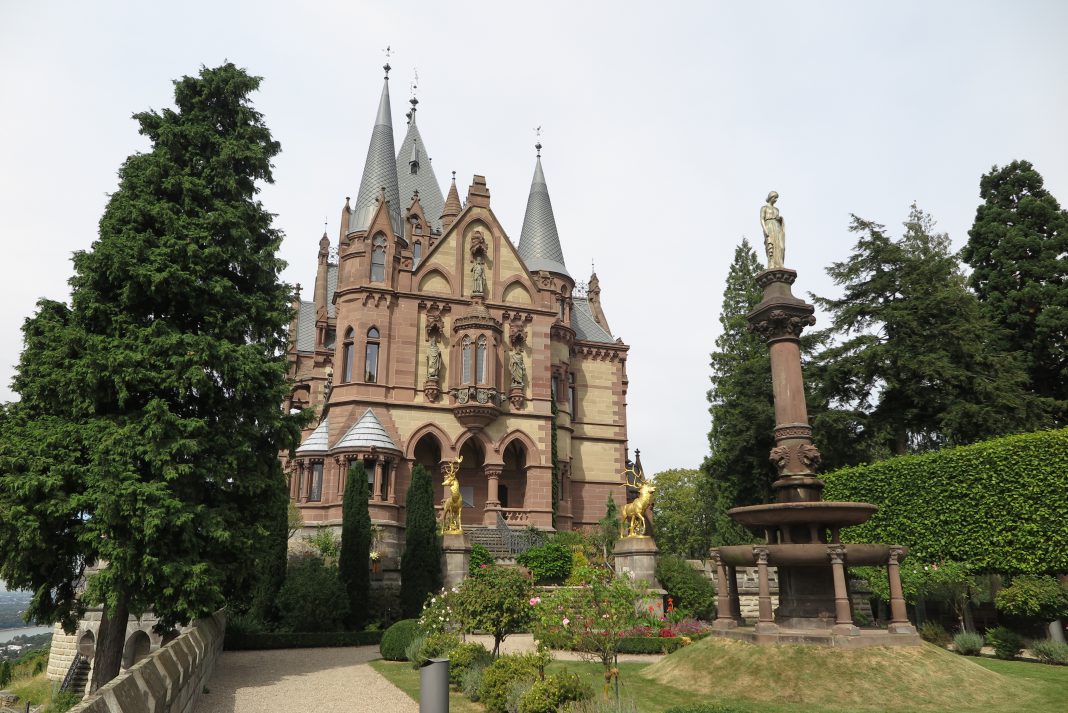 It is a great place to go visit on a Sunday afternoon. The journey starts probably with the ferry from Mehlem crossing the Rhine over to the other side to Königswinter. Carry on walking straight ahead through Königswinter for another 10 minutes and you are at the bottom station of Germany’s oldest rack railway. 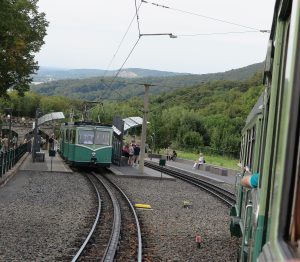 Honestly I was a little surprised to see so many people take the historical rack railway, which happened to be absolutely crowded. But, it was the day of the open monument, which might be the explanation.

Back to the way up: If you like, you may also walk all the way up, but we just couldn’t be bothered, as we had had a hens party the day before. So please excuse the lazyness, I can’t tell you how the walk up to the castle is.
The thing I can tell you though is that it is definitely worth the visit. Not only can you visit the castle and have a guided tour inside the premises, but also you can enjoy an amazing view over the Rhine valley. Not only from the castle, but also at the Dragon Rock after walking or taking the train up to the top.

Let’s start with the castle: Situated on top of Königswinter in the middle of the Siebengebirge, the Seven Hills is the Castle Drachenburg. Let’s see if I can get everything together that we were told during the guided tour… Well to begin with, this castle built in only three years from 1882 to 1884 is not really a castle. In fact it is a villa, built in the style of a castle with many different elements of the Gründerzeit, the time after 1870. The building has romantic and barock features mixed with Rococo and other style elements. Still the so called “Schloss Drachenburg” was built for Stephan von Sarter, the son of a Bonn innkeeper who grew up in rather poor circumstances. Although he never went to school, because he had to help his mother make buttons, he did an apprenticeship to become a banker. He got wealthy in Paris working as a stock market analyst and bought this piece of land to build this villa for himself and the love of his life. Unfortunately she died the year before the castle was finished. Even sadder, he only had 5 big events in the castle, but never really lived in it. He preferred to stay in the hotel close by. The years went by and the villa was used as a museum, as a boys school, as a training center for the Nazis and in the end before it became the museum it is today, it was finally bought by a person who actually lived in it. He was a little strange and didn’t have too much money so he bought furniture that was mostly theater requisites; cheap, but impressive. Another impressive fact: It was built in only three years, but took 17 years to renovate.

Apart from the guided tour you can also have a look at the Northern Tower over the Rhine valley and a “real” kings chair, which is probably worth only 15€. You may even sit in it and have your picture taken.

Now after you are done with the castle and most likely a little hungry, take the train or walk up to th 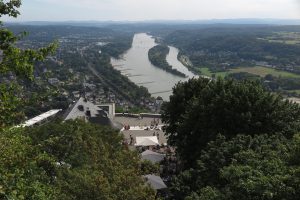 e top of the Dragon Rock. There is a very nice café offering a mix of sweet and savory snacks – A little beer garden atmosphere on top of the Rhine. I was taught that this very spot is actually the most popular place of the Federal State North Rhine Westphalia…Not really an insider tip, but hey, I still like it very much and you might too… 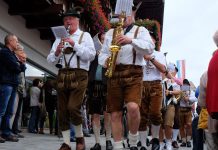