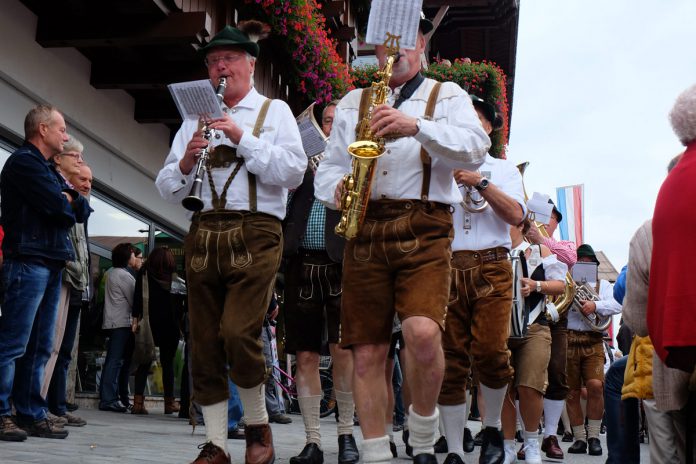 A typical German thing is punctuality. If you are going to meet a German, show up on time full stop. Train and bus schedules are written down to the exact minute and everything is planned so transport works as efficiently as possible. The only German institution, which does not adhere to this is the Deutsche Bahn, the German Train Company, which operates basically all long distance trains. The trains always seem to manage to be late, either 5-10 minutes or even more than 120 minutes This depends solely on your luck that particular day.
One very good friend and colleague of mine in Norway (you know who you are) always told me I was doing my job so efficiently, and he never seemed to understand how I did it. To give you an answer to that… I don’t know. To me I was only doing my job. Like salmon swimming against the current Germans are efficient, it seems to be in our genes.

While we’re at it: If you are travelling with the Deutsche Bahn and your train is indeed more than 60 minutes late or only a little delayed which leads to your journey being delayed by more than one hour, you should go to the next ticket office. Ask for a refund voucher, as they are obliged to reimburse you part of the train ticket. This of course will go hand in hand with a bit of bureaucracy- filling out the form, handing in your original ticket, handing it back to the right person and then waiting a bit to get your money to the cent exact transferred to your bank account. We just love our rules and our regulations. It is like a guide through life. 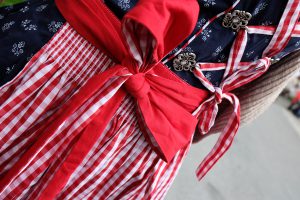 Speaking about clothes.
Yes we do wear our Dirndls and Lederhosen, but first of all not every day, and second of all, you have to search for those in Bavaria (Bayern). If it is not another Oktoberfest copy in Hamburg or Berlin, you might be utterly disappointed when searching for someone in Lederhosen outside Bavaria.

What else is there to say? We love our cars, be it BMW, Mercedes or Audi. Even in Siberia our busses are still in use.
You see Bosch and Siemens providing fridges stoves, drills and all sorts of handy stuff all over the planet.
We are very tidy and have rules for everything. Hence we also have a beer purity law whereby only yeast, malt, hops, and water are to be added in the brewing process.

Well yes I have to admit that’s true. In the U.S. you are greeted with a friendly “Hi, how are you today?” the minute you set foot into a store. In Germany, shop assistants might say hello, or ask if they can help you after you had a minute or two in the shop, but they often expect you to come to them, so as to not get on your nerves. I’d say, we like to keep our personal space. Especially in South America or Southern Europe, you might chat to people on the bus next to you or while sitting in the waiting room, but in Germany you will be greeted with a “Guten Tag” which is in no way like the Australian “G’day mate”. It is more a very reserved and quiet hello, before sitting down and staring out of the window.

Apparently spoken German sounds very angry and harsh. Well I can only advise you to read a book or poem in German and you’ll see that we have the most beautiful descriptions rhymes and poems. We are called the nation of poets and thinkers after all. But until you get there you have to practice…
I heard foreigners, who are learning German play this game where you have to time how long you can endure speaking German to a German without being corrected. Well, if you are learning German, I am very happy of course, and so are my fellow countrymen. Since we would like you to speak great and correct German, you will be corrected rather sooner than later. This is no trap or anything alike. People only like to support your effort and know how hard it is to get along with “der die das” and all the grammatical cases.

We love soccer. I mean we are the world champions after all, right? This is not a stereotype, this is reality. There is nothing but the Bundesliga in Germany. We have 25.324 clubs and just about 7 million members. (http://www.dfb.de/verbandsstruktur/mitglieder/)

Be aware Dresden and Berlin are the biggest enemies. In Hamburg you can either be a fan of St. Pauli or the HSV, not both. The biggest clubs in Germany, Bayern Munich and Borussia Dortmund (BVB), are THE two clubs. Again there is no chance to be a fan of both clubs at the same time. That would mean you’re only going to cheer for the club that is going to win the yearly championship and you obviously don’t want to do that.